PLC Vs. PAC - Know What's Right For Your Growth

In Industrial Robotics, the terms PAC and PLC are so standard that sometimes, it seems they represent the same thing.

When it comes to PLC vs PAC , both offer different functionality in other aspects as well. Sit back as we are going to explore more about what a PLC and PAC system is and what differentiates the two! 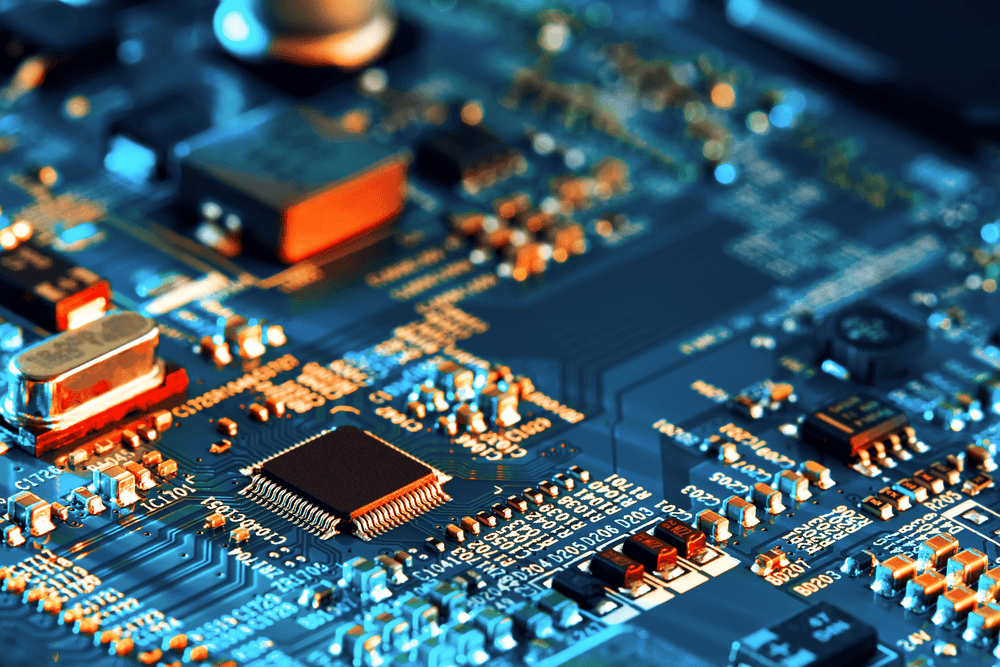 PLC, short for Programmable Logic Controller, is an industrial digital control system responsible for carrying out the following tasks

PLC is widely known for improving production lines, machine operations, and other robotic functionality. Also, PLCs offer various benefits, the most advantageous of which is the capacity to adjust and repeat the operation when receiving input and sending output.

The written logic and data allow the PLC to process input, execute commands, and give output; once the input and output are successfully considered, the resulted operation is carried out in repeating loops.

PAC, short for Programmable Automation Controller, is similar to PLC in a way it is also an industrial controller but integrates the functionality of a PLC and PC. It automates the operation of various mechanical equipment, and though it combines the capabilities of PLC, its prototype (hardware and software) are more geared towards the IT/Computer Programmer.

Other PAC functionalities include multi-domain capability, multi-discipline implementation processes, and open, modular architecture. Multitasking, structured text, DCS (Distributed Control System) also play a key role in enacting the functionality of PACs. In simple words, PACs can be defined as systems that can link to remote devices (input and output).

At a glance, both the PAC and PLC seem to have the same functionality: the ability to control and monitor industrial processes. Both the terms are used interchangeably, and the difference between the two seems cloudy.

However, the two are different from each other with distinctive approaches. The following is a detailed comparison of PLC vs. PAC and how you can employ each to get the required output.

A PLC architecture comprises the design specifications of numerous software and hardware devices. It also heavily relies upon the interaction between various devices to contribute to the whole PLC system.

It is important to note that the general reference behind a PLC's system is principles used in a conventional computing design architecture. That is, the PLC's architecture is built just like a traditional computer.

While the four most essential components in a PLC are

On the other side, open architecture and modular design are the prominent features of a Programmable Automation Controller system. Hence, you can include various devices, networks, and systems to interact and deliver the output. Such a system assists in the communication, monitoring, and regulation of multiple networks and devices, allowing you to facilitate system expansion operations.

The processor module can be best defined as the controller's brain. It is typically designed around the processor and executes the commands according to the automation approach.

The input/output modules in PLC deliver input signals into its microprocessor and regulate other parts, including motors, sensors, actuators, etc., by sending control signals. Furthermore, PLC is responsible for regulating machines' infrastructure, manufacturing, and transportation.

On the other hand, PAC comprises two or more processors, something that makes it similar to a PC. A PAC device serves as an all-rounder, multitasking and regulating automation of different machines and other equipment pieces.

The programming interface is the most noticeable distinction between PLCs and PACs. PACs, which are written in C or C++, are more complex. PLCs, on the other hand, use Ladder Logic to program them. Because of the programming variations, the architecture and capabilities of the two computers differ.

The functionality of a PLC system can be categorized into inputs, outputs, and CPU operations which help interact, monitor, and regulate mechanical devices such as robotic systems and assembly lines.

Notably, collecting data from the plant floor in a Programmable Logic Controller system is facilitated by monitoring the interaction between the inputs given and the output delivered by linked machines and devices.

Programmable Automation Controller systems, on the other hand, employ standard network protocols and tools, the most popular of which are Ethernet, SQL (Structured Query Language), and Object Linking and Embedding (OLE) for process control (OPC). A PAC system is widely used to interact, monitor, and regular mechanical equipment in industries using these technologies.

Since PACs have a more open architecture and modular design, they can also monitor and regulate a significant number of input and output devices.

This makes PAC systems a well-popular option in large processing plants or where complex factory automation is required. Simultaneously, data exchange between various devices and systems is carried out in several domains.

Memory also matters in the battle between PLC vs. PAC since memory is the module that stores data, programs, and information in the former.

A ROM region can only be read, not written to. The read-only memory (ROM) stores data and programs that should not be changed. The operational programs of the PLC, for example, are stored in ROM. A RAM location can either be read or written to. This means that the data stored in a RAM region can be accessed and/or modified.

PLCs have varying memory capacity, frequently stated in kilobytes (K). A cluster of bits equalizes one byte. One bit is a memory region that can hold one binary integer with either a 1 or a 0 value. (Binary numbers are dealt with in Module 2).

However, PACs provide a streamlined program expansion procedure and a high memory capacity for larger projects and systems. The insertion and removal of components are made easy with this capability. In addition to tag-based programming, PACs can track and control a large number of I/O points.

Many PLCs come with built-in networks that allow them to communicate with other PLCs, distribute I/Os, and communicate with Human Machine Interfaces (HMI) and Supervisory Control and Data Acquisition (SCADA) systems. PLCs are beneficial for simplified procedures and minor automation projects where quick scaling is not required.

Pac-Open architecture and modular design are features of PACs. This facilitates the communication and operation of many devices, networks, and systems. Over numerous networks and devices, PACs are used to communicate, monitor, and control equipment.

This is achievable because they employ standard protocols and network technologies like Ethernet, OLE for Process Control (OPC), and Structured Query Language (SQL).

Because of its numerous benefits and characteristics, PLCs are employed in a range of small to medium-sized projects. They are simple to program, have a high level of dependability, and are cost-effective, making them perfect for these sorts of applications.

Because they are resistant to power failures and voltage dips, programmable logic controllers provide excellent dependability. They're also regarded for being quite precise when it comes to process control.

A PAC may be thought of as a PLC with the processing capability of a PC and a more operational model and simple interface. Because they can share data across various devices and applications like motion and process management, PACs are capable of managing massive quantities of I/O.Hence, because of almost the same functionality, PLC vs. PAC often have a blurry line.

The PAC's capacity to take data from any location or software on its local area network, evaluate it, and then disseminate it to other devices on the same network accomplishes this. PACs may also collect and store significant volumes of data for predictive maintenance. Such an approach helps to monitor equipment to ensure they don't need immediate repair before they break down.

In a PLC, communication is a critical component. Apart from typical hardware IOs, communication protocols offer additional variety and flexibility in data transmission methods. It is an open application-layer protocol under the Common Industrial Protocol (CIP).

It's a more sophisticated form of regular Ethernet that's only good for in-home and business use, not for industrial use. To better understand the entire communication cycle, one must be familiar with OSI layers and the various types of communication hardware ports utilized in PLC.

First, there's Ethernet/IP, which is an open application layer protocol that runs atop the Common Industrial Protocol (CIP). It's a more sophisticated form of regular Ethernet that's only good for in-home and business use, not for industrial use.

Then there's Modbus, which is a master-slave technology-based protocol for sending data across serial lines or Ethernet.

Furthermore, Profibus is comparable to Modbus RTU, which also uses serial line connections. The only difference is that Siemens Automation owns it.

It also tells about the production details in real-time since the PACs have sophisticated networking and communication capabilities. Consequently, data collection is easier, faster, and more accurate, boosting industrial output.

Because of the PACs, the system's flexibility and scalability will be boosted. The PAC's communication capabilities are strong, and it offers a variety of I/O possibilities. It can also endure temperature and stress, employing today's top communication standards.

In the last decade, Programmable Logic Controllers (PLCs) have dominated the automation and control operations in industrial contexts. Nevertheless, as the Internet of Things (IoT) has grown in popularity, the controlling and automating procedures have become increasingly complicated regarding PLC vs. PAC . Data from several sources should be gathered to make a single choice for various devices.

The new controlling approach includes a lot of communication and networking through the Internet. Furthermore, smart control necessitates the deployment of various heavy-computing machine learning algorithms in Clouds or edge devices. The ossified PLC design must be upgraded to address these new concerns.

PAC products combine the functionality and openness of a PC, the reliability of a programmable logic unit, and the intelligence of I/O modules with flexible software tools for various applications ranging from data acquisition to process control and motion control to energy and building management.

It is built to be highly durable, allowing it to survive difficult industrial conditions such as high temperatures, strong vibrations, dampness, and electrical noise.

Controlling and monitoring many sensors and actuators is commonly delegated to logic controllers. As a result, their extensive I/O (input/output) configurations distinguish them from traditional computer systems.

PLCs are also widely utilized in civil applications like washing machines, traffic lights, and elevator control. They're being used to monitor and regulate industrial processes and construction systems in various sectors.

They may be employed in various sectors, including glass, travel, paper, and cement manufacture, to name a few.

A programmable automation controller (PAC) is an industrial controller that combines the functionality of a PLC with the processing power of a PC in a broad sense.

PACs vary from PLCs in that they have a more open architecture and modular design. They can also monitor and manage many I/O, such as in a big processing plant or a complicated automation system, better than PLCs.

Because data may be transmitted between devices and applications in several areas, such as motion and process control, they do so. A programmable automation controller may also send and receive data from other PACs, resulting in a PAC-based distributed control system.

PACs are well-suited for vision applications, including vision-guided mobility, because of their vast memory capacity, ability to handle complicated or high-speed analog I/O, and high-speed communication capabilities.

The terms PLC and PAC may seem to mean the same, but they are very different in their architecture, applications, functionality, usage, reliability, and other features.

Simultaneously, PLC systems have a more simple program execution while PAC systems are a bit intricate.

Furthermore, because PLC systems are easier to execute and cost-effective, they are primarily used for small projects. In contrast, a PAC system offers connections with lots of input and output devices and quicker data exchange, making them perfect for large industrial projects.